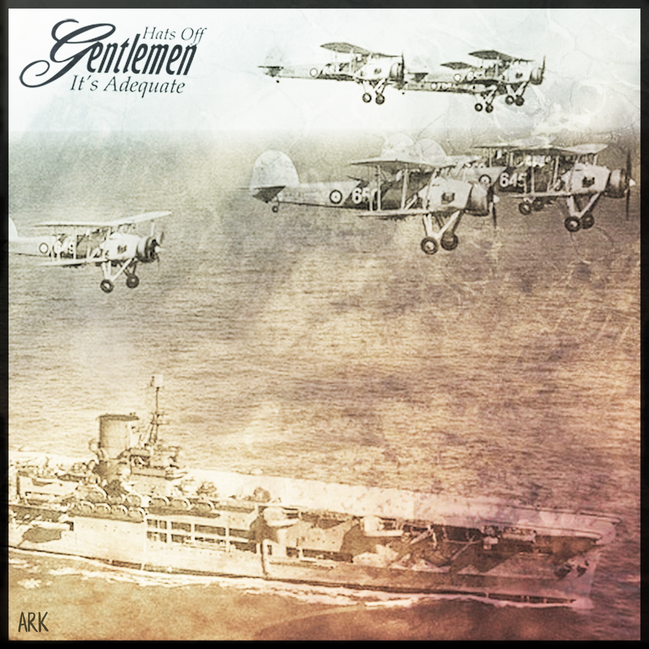 The twelve minute instrumental title track follows the history of the Second World War aircraft carrier The Ark Royal. It was inspired by the experiences of Malcolm Galloway’s paternal grandfather, Richard Galloway, who was a telegraphist/air-gunner in 820 Swordfish Squadron on the Ark Royal. Youtube video - https://www.youtube.com/watch?v=KMzUXPBiDD4

The B-side is Chasing Neon, a pulsing retro-futuristic contrast to the preceding track. Youtube video - www.youtube.com/video/Pq54lxJrj7k The video was made by Malcolm Galloway, using VJ clips by Beeple.

The bonus track is ‘She Moved Through The Fair’, an old Irish folksong, arranged by Malcolm Galloway. This was a song that Malcolm used to regularly play when he started performing on the Camden open-mic circuit prior to forming Hats Off Gentlemen It’s Adequate.

Cover art by Malcolm Galloway, incorporating a public domain photograph of the Ark Royal, and a background texture by MercuryCode.

When my dad, David Galloway, died recently, I inherited his father, Richard Galloway’s Second World War flight logs. He had been a telegraphist air-gunner (TAG) in the Fleet Air Arm. TAGs were responsible for communications via Morse code, and manning the rear gun. Almost one in six of the TAGs trained in the Fleet Air Arm died in action or accidents. I didn’t know Richard well; I was young when he died. Although he survived the war, he died in his 50’s of the bowel cancer that would also kill his son.

His flight logs document with shocking economy both the mundane and the world-changing events in which he had participated. The attack on the Bismark, a major victory for Allied forces, is noted with the same concision as a training mission.

The Ark Royal (one of several British ships of the same name) on which he served was an aircraft carrier. At the time of its design in 1934, there were weight restrictions due to international naval treaties designed to minimise the developing naval arms race. It was built by Camell Laird at Birkenhead and launched in 1938. It played important roles in several naval theatres of war. The Ark Royal was involved in the first aerial U-boat sinking, took part in providing air cover in the coast off Norway, in the sinking of the Bismark, and in the protection of the convoys providing a life-line to Malta (which was vital for keeping Allied troops in Africa supplied).

The Ark Royal narrowly avoided sinking on several occasions and was considered by many to be a ‘lucky ship’. Eventually her luck ran out. A German U-boat torpedo hit her on 13 November 1941, and she sank the following day. All but one of the 1,488 crew survived.

Before war was officially declared, German U-boats had taken up position around Britain, and within hours of the declaration of war, began torpedoing shipping. In September 1939 the Ark Royal was part of a ‘hunter-killer group’ searching for U-boats. On 14 September 1939 she went to the aid of The SS Fanad Head, a cargo ship under U-boat attack. The Ark Royal was spotted by U-boat U39, which launched two torpedoes at the Ark Royal, which managed to turn in time for the attack to narrowly miss. Accompanying destroyers depth charged U39, leading to the first U-boat loss of the war.

After coming close to losing the Ark Royal, the use of aircraft carriers at the centre of Royal Navy hunter-killer groups was discontinued.

In 1939 the Ark Royal successfully contributed to locating the German ship, the Graf Spee. Due to a combination of Naval power and counter-intelligence misdirection, the commander of the Graf Spree ordered it to be scuttled, thinking it was at risk of being captured by the Allies.

Between April and June 1940 the Ark Royal provided air cover from the sea off Norway.

Following the evacuation of troops from Norway, the Ark Royal was sent to Gibraltar, from where it took part in actions against the Vichy fleet, and subsequently provided vital support to convoys to Malta.

On 10 November 1941, while returning to Gibraltar from delivering aircraft to Malta, the Ark Royal was hit by a torpedo from a German U-boat, resulting in an approximately 40x9m hole below the waterline. The ship sank on 14 November.


Our piece ‘Ark’ follows the story of the Ark Royal. The first section represents the building of the ship, with the launch coming at about 1:30. The guitar comes in as the ship takes off into open waters. At 3:00 the music becomes more cautious, as the pagentry of the launch is replaced by the nervous anticipation of imminent war. German U-boats take up position around Britain in preparation for their attempted blockade. At 5:00 the Ark Royal first encounters the enemy. The Ark Royal was part of a ‘hunter-killer’ group searching for U-boats, summoned to defend the cargo ship HMS Fanad. Although the Ark Royal comes under attack, the ship was rapidly turned and the torpedos narrowly missed.  The attacking U-boat was sunk by an accompanying Royal Navy destroyer, however it was clear how vulnerable the aircraft carrier was to U-boat attack. The section from 6:20 follows the Ark hunting of, and eventual sinking of the Bismark, the most powerful ship in the German navy. The piece ends with the sinking of the Ark Royal.

There is a music video for this piece at https://www.youtube.com/watch?v=KMzUXPBiDD4 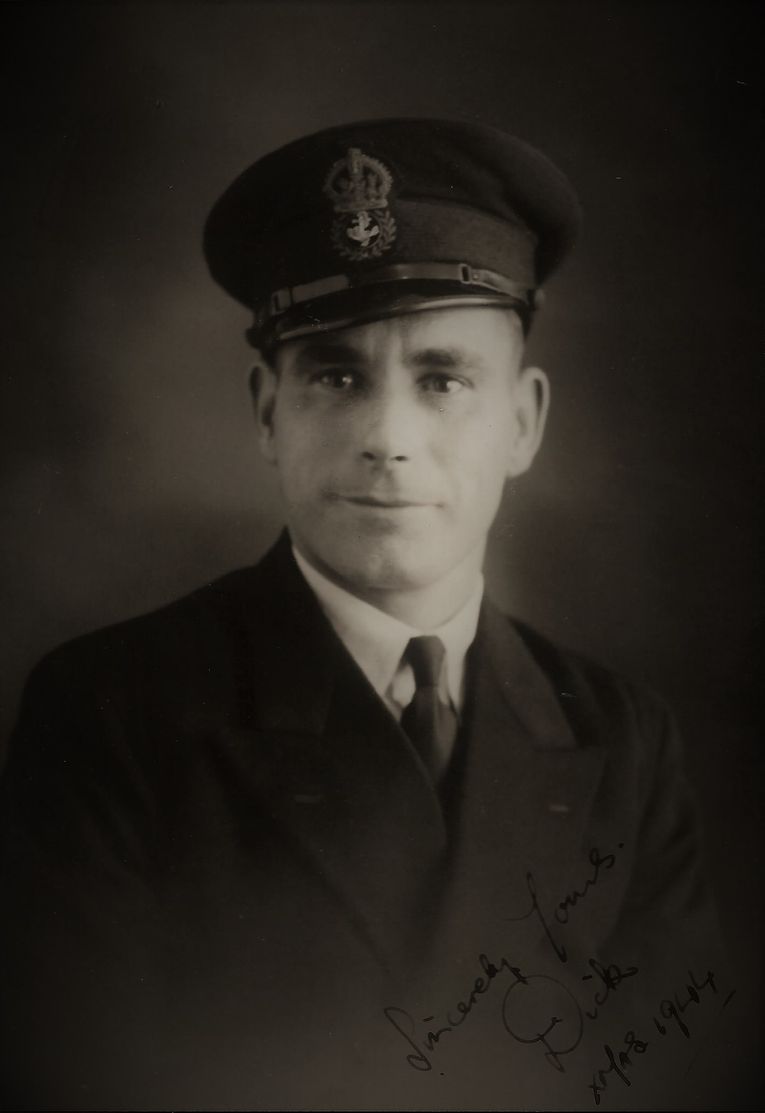 The piece is dedicated to Richard Galloway, the Fleet Air Arm, and all those who risked everything to stand up against the Nazis. 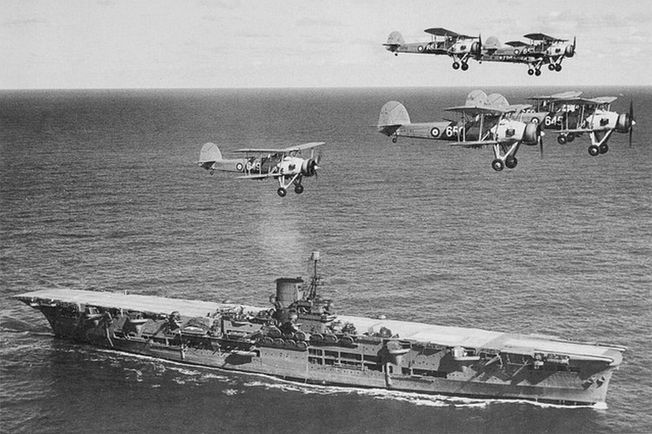