Our new album 'Nostalgia For Infinity' is now out.

We are very excited by how this album has turned out. As is usual for us, the songs very in style across the album, while exploring a common theme. We go from almost ambient to almost metal, with the centre of gravity being progressive rock. This album has the fragility of civilisation as its central topic. Several of the tracks were inspired by novels by the science-fiction author Alastair Reynolds.

The album includes Ark and Chasing Neon from our most recent EP,  which received very supportive coverage in the media -
“Hats Off Gentlemen It’s Adequate “Ark” is nothing short of a brilliant masterpiece that depicts a truly remarkable piece of World War 2 history. I am in awe of its magnitude and of its glory. The epic splendour and tragedy of war is depicted here through the musicianship and the storytelling of Malcolm Galloway, Mark Gatland, and company. The soundtrack is absolutely stunning...some of the best music I have ever heard. It takes you upon the journey of The Ark Royal from its first inception to its ill fated sinking.

I was left feeling as if I had been to a powerful and thought provoking movie after finishing “Ark”. “Ark” is breathtaking in every sense of the word. Once again, my hat is off to the band for creating something that is truly special and for sharing a part of history that will forever be remembered in this moving musical testament!” – Lee Miller, Bandwagon Network Radio

“… that love and attention to detail is more than apparent in the music. A dense, near twelve minute prog rock epic wonderfully illustrates the awe, tension and unavoidable loss that no doubt many active soldiers saw during that time. The anthemic piano and guitar melodies in the first movement of the piece captures that feeling of soaring above the clouds aboard a plane, and is a genuine joy to listen to. The more rock driven sections serve to rack up the tension, before concluding with a borderline tear jerking variance of the intro piano line. If you compare the start and the end of this track, one can see how far of a musical journey HOGIA have taken the listener on, and doing all that with just instrumentation is truly commendable. In all Ark is an emotional and historic musical journey.” – Astral Noize

“…Spanning from soaring Pink Floyd-like soundscapes, and more abstract passages that would sound right at home on a King Crimson record”… “Galloway/Gatland master both the classic style of progressive rock, as well as that with a more modern approach”… “strong Marillion (with Hogarth) influences… the contrast is heavenly.” … “they prove to be a very dynamic ensemble with ability to discover and explore new directions in their music... This British duo can create vibrant and texturally varied music with tons of atmosphere… I feel that HATS OFF GENTLEMEN IT'S ADEQUATE's music has the kind of integrity that should make them stand out in the crowd of creators of artistic rock music. 10/10 Stars” – Subterranean Rock

"Literally left us amazed... complete musical versatility... travels between prog and neoprog and that subtle classicism that distinguishes the duo" … "Imbued with Marillion influences but totally personalised by these fine musicians." … "Don't miss it." – Psychanprog (Italy)

We are a small independent band, releasing music through our own nano-label (basically me and my laptop) without an advertising budget. If you like what we do, anything you can do to encourage friends to give our music a try is very much appreciated, as are listens/playlisting or streaming sites, requests to request shows, and coming along to live shows. We've got lots of exciting discussions about possible bookings elsewhere going on at the moment, and currently have shows this year in London, Edinburgh, Sussex, and in the Midlands.

Hope you are well and thanks for all your support

(Vocals, various instruments, and producer - Hats Off Gentlemen It's Adequate) 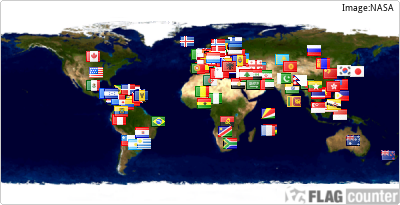