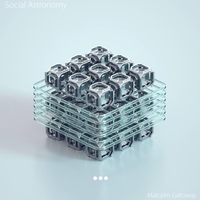 Malcolm Galloway is the singer/songwriter/multi-instrumentalist of award-winning progressive rock band Hats Off Gentlemen It's Adequate. His work has been championed by Genesis guitarist Steve Hackett, his minimalist music and video art has been featured at the National Gallery (London).

Review from The Closet Concert Arena -
Good morning/afternoon/evening fellow progheads!  These past two weeks with Inside Out Music was nothing short of stellar as the search for all things prog brought you two fantastic new releases from the prog garden.  This week The Concert Closet hosts something a bit different--as is my modus operandi for those new to the Closet Concert Arena.

Malcolm Galloway has graced the the Concert Closet previously...February 2016 to refresh your memory.  Malcolm is the founding force behind Hat's Off Gentlemen It's Adequate; more than just a thinking person's prog band, they have the distinction of possessing the longest band name in the prog garden.  Malcolm is constantly evolving the band and taking bold steps with his music which is but one reason I find myself being drawn to this flame.  Malcolm's latest solo release is called "Social Astronomy" and resides in the minimalist section of the prog garden.  Minimalist interpretation of music and sound has always been intriguing to me; a section of the prog garden where I can find solace and relief from all the skulduggery of the working world... 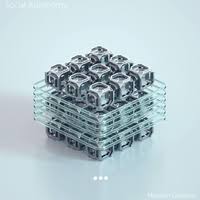 "Social Astronomy" is a 76 minute piece of music that develops as it plays, musical patterns building on themselves and painting a picture that is as delicate as it is intricate.  Much like Philip Glass, Steven Reich, and Brian Eno, Malcolm takes the listener on a journey that looks at music and its creation through an entirely different lens.  There is even a sense of Abstract Aprils and Bang On A Can filtering through the headphones...

The album is but a 76 minute plus track moving through sound and building a mood much the way Robert Fripp took the listener on bold adventures during his Frippertronics days.  At the time there was nothing in the prog garden to hold up as a comparison or starting point to relate to; Fripp was venturing into new and uncharted territory.  So too, Malcolm is carving his own trail through the prog garden and "Social Astronomy" is merely a continuation of that trajectory.  While comparing Malcolm's solo work to his musical output with Hat's Off Gentlemen It's Adequate may not be exactly an apples-to-apples comparison, there are striking similarities. Malcolm seems to enjoy tinkering on the logical side of the garden...deconstructing sound as it were and following a different set of instructions to rebuild it in such a way as to lead you on a journey through a crystalline kaleidoscope..mysterious at first but quite remarkable in its simplicity. 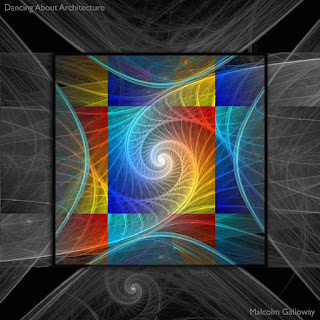 This is music for those who want more from their music; nothing here is ever going to make airplay on mainstream radio.  Of course if we are honest and radio sounds are what we chase all the time there would be  no point in traipsing through the prog garden in the first place.  If you are a fan of soundscapes and enjoy music that does not force you to sort through lyrics, wait for the bridge to come around, or keep a steady 4/4 beat, Malcolm Galloway may be a soothing balm for your ears.

Malcolm's music can be found at Malcolm Galloway CD Baby and Hats Off Gentlemen.  He as well as his band also have Facebook pages at Malcolm FB and Hats Off Gentlemen FB, and the proverbial Twitter @itsadequate.  You know how I feel about supporting the artists here in the prog garden, so I will refrain from ranting--if you promise to make a purchase.

The search for all things prog continues to go off on different tangents each week, exposing more music to the loyal prog faithful.  I believe it is important to shine a light on artists, bands, and music that might otherwise be overlooked for no other reason than the arena is crowded.  Both Malcolm's solo work and his music with Hats Off Gentlemen It's Adequate are excellent additions to the prog garden and, while similar, occupy their own acreage. Flying solo Malcolm tends to be more"cranial" while within the confines of a band he flexes and pushes the prog paradigm.

To say "Social Astronomy" is the thinking man's prog is to sell both the artist and the listener short.  Yes the music tends to bore deeper into the mind, but it does so in a genteel, refined way.  Malcolm challenges the listener to expect more from the music he/she chooses and offers an alternative that drops the gauntlet with a friendly grin.  To accept the dare is to step out of one's routine and into a dimension that is both provocative and encompassing--without being the condescending prude.

The search for all things prog continues to peel away layers of the genre, exposing a multitude of moods, experiences, and styles.  I hope you enjoy...until next week...